How to Prevent Suicide in Correctional Facilities

Roadrunner Health Services has spent over 20 years ensuring patients' health in correctional facilities. However, according to rising suicide rates (according to a 2016 study, rates for male prisoners were 5-6 times higher than the outside population), sometimes the most significant health risk to patients is themselves.

When you hire the RHS team in your institution, our staff is uniquely positioned to construct an environment more amenable to patients' mental and physical health. Becoming aware of the patterns of suicide in correctional facilities and having knowledgeable staff on hand to address them can save lives.

The Problem of Suicide

According to a Rutgers University study, suicide is the leading cause of death in American correctional facilities (Bureau of Justice Statistics, 1998.). The rates of suicide become even more prevalent in smaller facilities--the rate in local facilities is approximately four times that of the entire country.

How to Spot the Warning Signs of Suicide

Suicide does not discriminate among age, gender, or ethnicity. Motivations behind suicide are complex, and there is no one cause. However, we can use known patterns to infer when someone may require urgent intervention. One of the most effective methods of suicide prevention is knowing how to spot the warning signs that show someone could be at immediate risk. Some signs of suicidal behavior may present as:

Patterns of Suicide in Correctional Facilities

Specific considerations emerge when you look at suicide through the lens of correctional facilities--where there is often a perceived lack of purposeful activities. According to a 2021 study, (as well as a 2013 report that covered five national studies of suicide in American prisons, jails, and juvenile centers), researchers revealed some patterns behind suicide in correctional facilities. Some of these patterns were:

Having appropriate suicide prevention services in place can save lives. As mentioned above, the Hayes report states, “many jail suicides occur in facilities lacking comprehensive suicide prevention programs, with only 20% having written policies encompassing all the essential components.” These components can include preliminary evaluations and ongoing assessments of patients, training and retraining of staff, and effective communication between healthcare staff and outside entities.

According to a study done in the U.K., having enough dedicated staff can reduce the risk of suicide in correctional facilities. The study describes how staff shortages resulted in patients spending increased time in lockdown--even missing medical appointments because of a lack of escorts. On the relational level, staff shortages mean less chance for a staff/patient relationship to evolve. In this case, caregivers may be less likely to pick up on subtle behavioral changes that may signal suicidal intent.

Some important tenets of suicide prevention are:

Although other healthcare providers can overlook it, we at Roadrunner Health Services know the importance of supporting our patients' mental health. RHS recognizes that suicidal ideations can stem from untreated mental illness. Our licensed mental health counselors take care of patients from intake to discharge. Roadrunner Health Services also includes a 24-hour on-call psychiatrist and mental health counselor to address patients' needs promptly. Patient safety is our highest goal, and sometimes that means protecting patients from themselves.

Along with suicide prevention, RHS provides other services such as 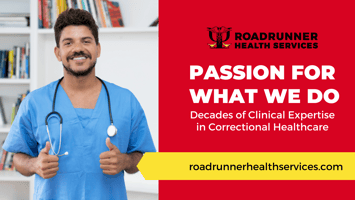 Passion For What We Do: Decades of Clinical Expertise in Correctional Healthcare

Who Are We?  As you look for dependable and cost-effective means to care for those in your charge,... 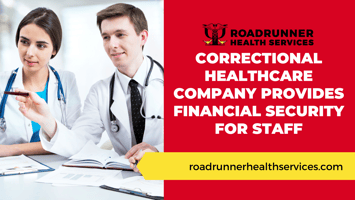 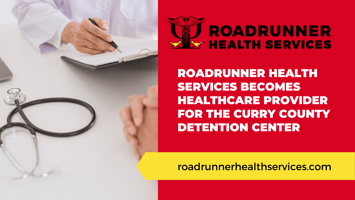